On the trail of the peppercorns

Traveling the Speicherstadt for free. 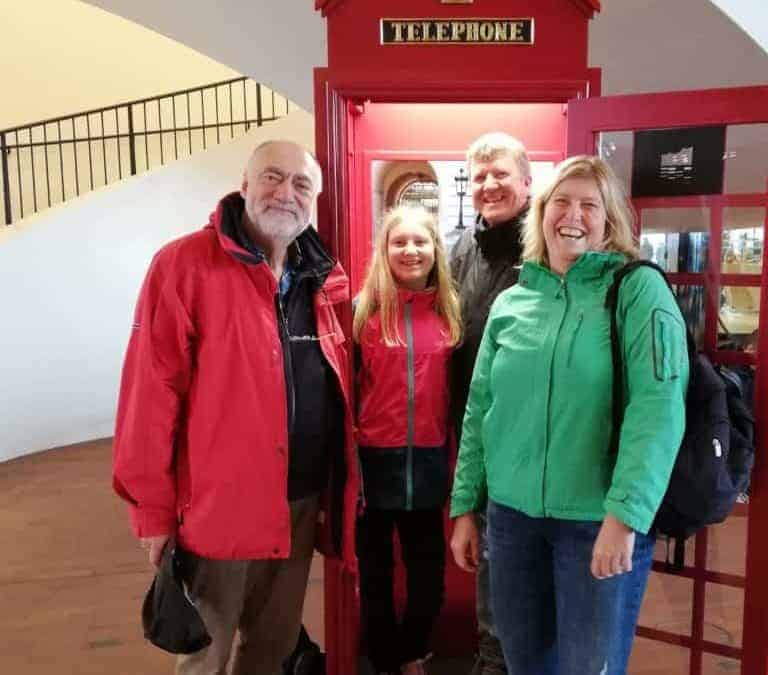 We visit the tracks and filming locations on a tour, especially the locations in the Speicherstadt. The HQ (headquarters) from the outside and the “Teekontor” are always included in the walk. Sometimes it even happens that we can watch the filming with a “safe distance”. But also for the parents the visit of the peppercorns in the Speicherstadt is exciting, because young and old get vertellt (told) – without boredom – a portion of Hamburg history .

Register now for a free tour

The Peppercorns in the Speicherstadt

The “Peppercorns” are not a spice – at least not in Hamburg! The “Peppercorns” are five girls and boys aged 9 to 14 who solve criminal cases in the NDR television series of the same name. The name of the Pfefferkörner is derived from the “Pfeffersäcke” – which is what Hamburg merchants used to be called with little respect. The series, which now has 208 episodes (as of January 2020), has been running successfully for 20 years on ARD and KIKA.

The Hamburg greeters, who are familiar with the series, visit the tracks and filming locations, especially the locations in the Speicherstadt, on a greet with the Pfefferkörner fans from all over Germany. The HQ (headquarters) from the outside and the “Teekontor” are always included on the walk. Sometimes it even happens that we can watch the filming with a “safe distance”. But also for the parents the visit of the Pfefferkörner world is exciting, because young and old get besides without boredom a portion of Hamburg history vertellt (told).

By the way, filming always takes place during the Hamburg school vacations. The children main actors must therefore come from Hamburg. Therefore, dear parents, it may happen that your children ask you to move to Hamburg after the tour – why? Because they can then apply to be Pfefferkörner actors!

Speicherstadt and Hafencity – history meets modern
It was a beautiful Sunday morning with our Greeter Matthias. In wintry temperatures, we walked from the Landungsbrücken towards Hafencity, enjoyed the view of Hamburg from the Elbphilharmonie and then extensively explored the Hafencity and Speicherstadt. In the process, Matthias has explained and told us a lot, has responded to our wishes and questions and has greatly enriched our visit to Hamburg.

Many, many thanks! We will unreservedly recommend Matthias and the Hamburg Greeter.

We had a great greet with Jürgen!!! In the morning at 10 o’clock we were picked up at our accommodation. Then it was off in the direction of Hafen City….Direction Speicherstadt….on the trail of the peppercorns… Elbphilharmonie…. through the old Elbe tunnel…. Oevelgönne!!!

We have really seen and experienced a lot. Jürgen knew to everything what to tell. Simply recommended!!!!

Many thanks Jürgen, greetings from Martina, Thomas, Anna-Lee & Linus